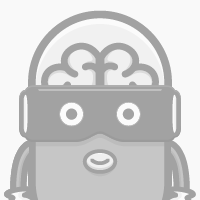 ◆◆
求助2,6-二甲基苯胺限度来源
2,6-二甲基苯胺作为基因毒性杂质控制，它的每日最大摄入量是多少？（1.5μg/天做不到）目前找到一个雷诺嗪缓释片在澳洲申报的资料中提到2,6-二甲基苯胺的每日最大摄入量范围是20.4μg/天~110μg/天，有没有哪位大神知道这两个值的来源及推导过程，求助。原文如下：The sponsor also commissioned two nonclinical risk assessments on DMA relative to  potential exposure from ranolazine under the conditions of use. Both assessors referred to  methodologies advocated in the ICH guideline.21 The updated guideline permits the use of  compound-specific assessments (compared with. TTC-based acceptable intake of  1.5 μg/day) when sufficient carcinogenicity data exists, such that a compound-specific  acceptable intake can be extrapolated from measures of carcinogenic potency. Information  on the carcinogenicity of DMA is available from a 2 year dietary study in rats (NTP, 1990)  and is the only source of data on carcinogenic potency. The first nonclinical assessor referred to a follow-up report to the NTP report where  carcinogenic potential (TD50) was set at 20.4 mg/kg. By linear extrapolation the  acceptable lifetime daily intake was calculated as 0.41 μg/kg/day (24.5 μg/day for 60 kg  adult or 20.4 μg/day for 50 kg adult). The amount of DMA detected in 750 mg ranolazine  tablets after 24 months storage (1.6 μg/tablet or 3.2 μg/day based on average batch values  outlined above in Table 7) were at least 6.4 fold lower than the extrapolated acceptable  lifetime daily intake of 20.4 μg/day (for 50 kg adult at the MRHD). The assessor indicated  that this was an acceptable safety factor but recommended that the shelf life of Ranexa be  no more than 24 months to ensure ranolazine degradation was minimal. The second nonclinical assessor evaluated risk assessments conducted by other regulatory  bodies where acceptable daily levels of DMA ranged between 20.4 μg/day to 110 μg/day  (for 50 kg adult). The most conservative approach gave acceptable daily levels of  29 μg/day (20.4 μg/day for 50 kg adult) and was the same as that   [更多]
生产研发>>分析检测
悬赏：
㖃 生产研发>>分析检测
悬赏
￥200.00
已托管
载入中...